The UFC announced a massive Welterweight Championship clash for Fight Island’s first PPV UFC 251. The event will see Kamaru Usman will defend his title against Gilbert Burns. However, this has rubbed a few Welterweights the wrong way. Nate Diaz, in particular, slammed the fighters involved, claiming no one will remember them.

‘The Stockton Slugger’ has seemingly slammed the UFC for not giving the fight to the one who is next in line (Jorge Masvidal). Furthermore, he refuses to agree that it is a title fight. 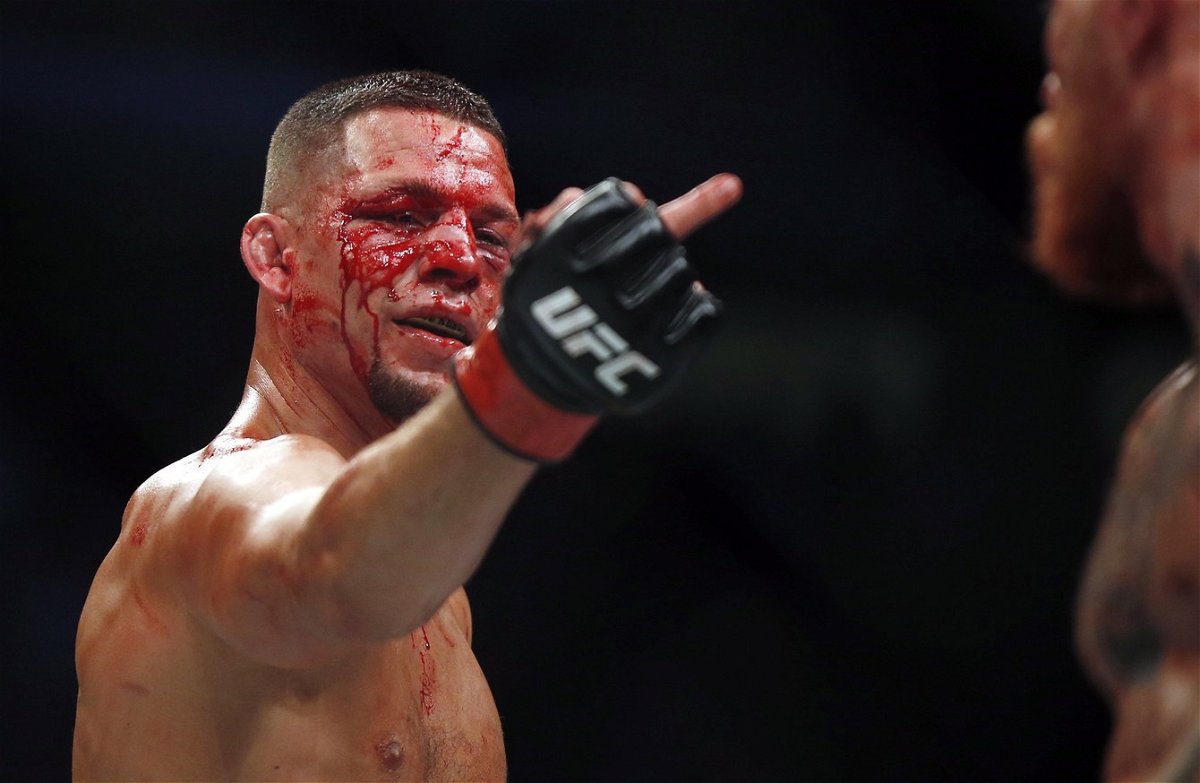 He tweeted, “This is what’s wrong with people claiming they’re fighters settling for less cause they know they’re not worth shit you should’ve fought the next guy in line not the guy who would take less cause he’s told too that’s why no one will remember youguys. This isn’t a title fight.”

This is what’s wrong with people claiming they’re fighters settling for less cause they know they’re not worth shit you should’ve fought the next guy in line not the guy who would take less cause he’s told too that’s why no one will remember youguys
This isn’t a title fight pic.twitter.com/7GLJUJA45C

Diaz however, doesn’t have a point, as ‘Durinho’ has leapfrogged a whole host of Welterweight fighters in the rankings to become the top-ranked contender and have the best claim to a title fight. The massive jump came following his astounding decimation of former Champion Tyron Woodley over 5 rounds. He claimed a 50-44 victory and called out ‘The Nigerian Nightmare’ in the post-fight interview at UFC Fight Night: Woodley vs Burns.

Diaz also highlighted his earnings and said he banks more than the duo together.

I get paid more than both of you together 😎
+ FUCK REEBOK

‘The Stockton Slugger’s words, though exhibiting discontent, will not be enough to prompt the UFC to make a switch and trash the contest. ‘Durinho’ is on a hot streak at the moment and is on a six-fight win streak. Four of those have come at Welterweight where in addition to ‘The Chosen One’ he has dispatched Alexey Kunchenko, Gunnar Nelson, and Demian Maia.

Usman has defended the belt just once. He beat Colby Covington at UFC 245 and will be hoping that was the first of many in a long title reign.

Who do you pick as a favorite in the Usman- Burns match? Also, what is your take on Nate Diaz’s comments?

Continue the conversation on Telegram, join other MMA fans on MMA Fans Group

Related   Remember When Xbox One Lost the Console War?

Remember When Xbox One Lost the Console War?